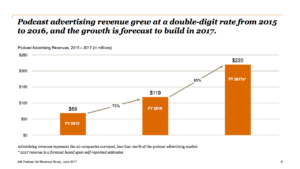 It seems that everyone is opening up online these days. Tools for lifestreaming like Twitter and Posterous encourage publishers to share all kinds of details – how else are you going to fill a 24 hour day? Each person has a different idea of what’s appropriate to post in a public forum but there are implications for the reader who digests all of these personal details as well.

Flipping through the channels last night, I ended up watching a rerun of Extreme Make Over Home Edition, usually good for a heartwarming story. The Kadzis family was featured and they seem very deserving of a new house, having adopted several special needs children and working in their community.
What made last night’s show so unusual was that the day before the crew arrived to start on the new house, George Kadzis was rushed to the hospital, seriously ill. They knew that he had cancerous brain tumors and he had just taken a turn for the worse. The rest of the show made me feel a little strange because while all of the cool, entertaining things going on at the house were happening against the depressing backdrop of George’s deteriorating condition.
The segments where ABC interviewed the family were especially awkward and I kept feeling like I shouldn’t be watching it. It was too personal. Even ABC recognized there were some moments too sacred to be broadcast and agreed not to film George in his hospital room. (Although they did have cameras there and included some wide shots with his face blurred.)

With that experience fresh on my mind, I was made aware of another person’s turn for the worse this morning via Twitter. Baby Stellan has a serious heart condition. The only reason I know that is that his mom writes about her children, including Stellan’s struggles, at her blog. The blog is well written with beautiful photography and has a lot of dedicated readers.

Once I was made aware of the story from a Twitter friend, I could easily follow the unfolding events by reading MyCharmingKids.net, following the #Stellan hashtag or reading MckMama’s own Twitter feed (Stellan’s mom.) Seeing the resulting stream of activity is just heartbreaking.

In both cases, I felt surprisingly sad for people I’d never met before. There’s nothing wrong with that; I think we’re all called to have empathy. But it does take an emotional toll when you take on the worries of others.

The solution, of course, is to turn off the source if it becomes a problem. That’s easy enough when you’re talking about turning off a TV show but it’s a little more difficult in the always-on, everyone’s-a-publisher world of lifestreaming. I don’t have any answers for this one, just processing out loud.

Please pray for Stellan and spread the word as appropriate. If you’d like to, you can add a graphic to your Twitter avatar to help raise awareness.
Likewise, pray for the Kadzis family. You can also make a donation by following the instructions here.